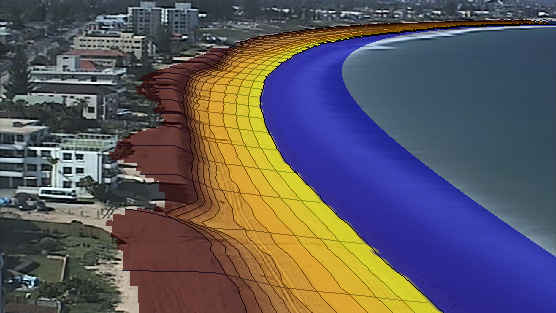 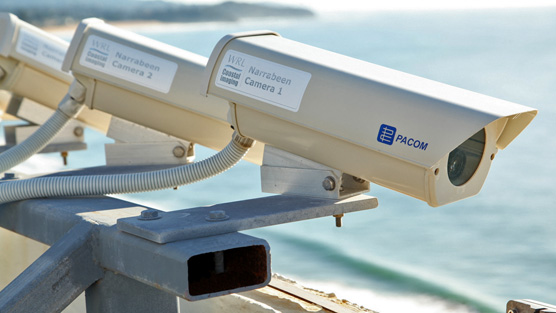 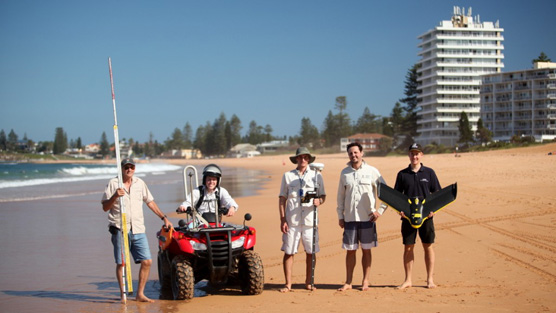 Narrabeen-Collaroy, located along Sydney’s northern beaches, is the site of one of just a handful of beaches worldwide where researchers have an unbroken and regular record of the changes that have occurred to this stretch of coast spanning several decades. Initiated in 1976 by Professor Andy Short of the Coastal Studies Unit at the University of Sydney, the beach has been surveyed every month for the past 40 years using a variety of survey techniques.

Commencing in 2004, the responsibility for the continuation of this survey program transferred to Professor Ian Turner and his team at the UNSW Water Research Laboratory. Adopting modern surveying techniques and the installation of an Argus Coastal Imaging Station atop a beachfront apartment building, for the past decade the UNSW team has used the growing dataset to underpin a wide range of research, focusing on the prediction of storm erosion, linking regional climate indices to observed beach variability and change, and most recently, the development of new numerical models to better forecast the likely response of sandy beaches to shifts in wave patterns and rising sea-levels, that are anticipated in the coming decades.

The Narrabeen-Collaroy coastal imaging station consists of five monitoring cameras that collect a suite of image products every 30 minutes during daylight hours. An innovative shoreline mapping algorithm has been specifically developed for this station to process both automatically and in real time. Over 50 000 high-resolution shoreline datasets have been mapped automatically by the station, which makes it one of the most extensive shoreline change datasets in existence worldwide.

One such application of the image data is the ability to construct time-lapse movies to help visualise the extent of coastal changes that can occur. The following video displays images captured during a significant east coast low storm event that struck the Sydney coastline in April 2015.

ACKNOWLEDGEMENTS This coastal imaging station has been funded with the help by the Sydney Institute of Marine Science (SIMS) and the SIMS Foundation. Between 2004 and 2008 the station was funded by Warringah Council. Deltares assisted WRL to install the Argus coastal imaging system, and is providing proprietary software to facilitate image capture, image transfer and image rectification/merging.